Existing buildings directly account for 33 percent of greenhouse gas emissions statewide and about 60 percent in the state's cities. 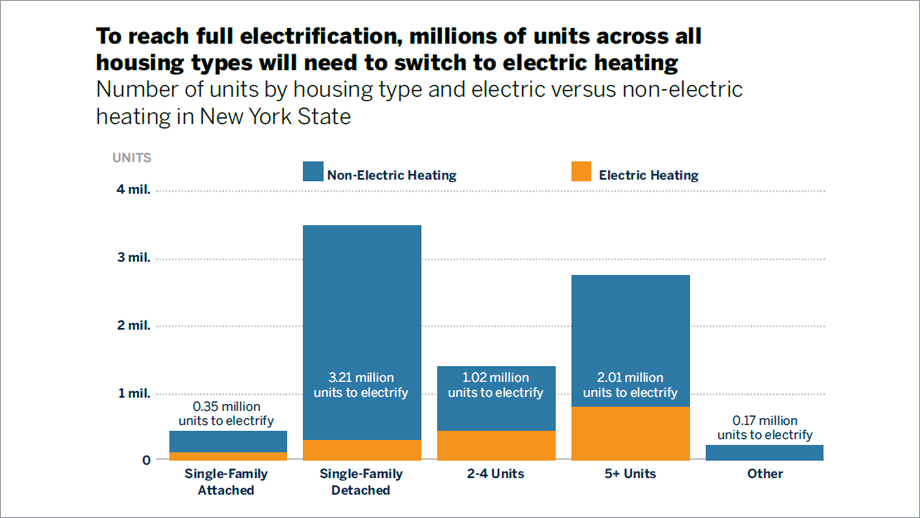 New York State’s Climate Action Council estimates that annual investments in energy upgrades statewide will grow from roughly $5 billion in 2030 to $30 billion in 2050. Complying with New York City’s Local Law 97, which lays out a series of deadlines beginning on January 1, 2024, will require expensive upgrades. Failing to comply puts building owners at risk of substantial penalties.

The authors of the white paper find that while market-rate properties should be able to finance upgrades through additional debt or rent increases, owners of affordable housing may find compliance hard to finance, given rent restrictions on affordable properties. The white paper argues that identifying paths to finance upgrades to affordable housing is a central issue in meeting New York State’s and New York City’s climate goals, since nearly half of New York State’s residents are low- or moderate-income.

The white paper's recommendations include: 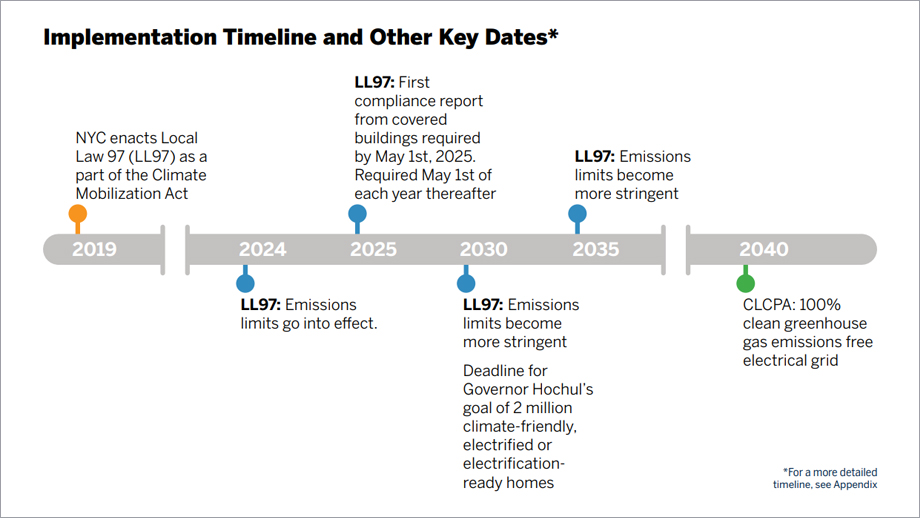 The New York Fed held a series of roundtables, over the summer, in partnership with the New York State Energy Research and Development Authority and the Community Preservation Corporation. The discussions aimed to help housing developers and lenders understand climate adaptation risks to their collateral portfolios and to identify public and private public financing options for decarbonizing New York’s affordable housing. The white paper is a result of those discussions. It was developed as part of the New York Fed's Community Development efforts, which have three areas of focus: health, household financial well-being, and climate risk.

NEW YORK FED RELATED RESOURCES
2022 Financial Innovations Roundtable: Advancing Clean Energy Equity
Climate Investing Toward Healthy, Inclusive Neighborhoods
By continuing to use our site, you agree to our Terms of Use and Privacy Statement. You can learn more about how we use cookies by reviewing our Privacy Statement.