All documents in PDF format.

See the archive of arrangements.

The New York Fed undertakes certain small value transactions from time to time for the purpose of testing operational readiness. The results of small value exercises of the central bank liquidity swap lines are published weekly.

In 1994, the New York Fed entered into bilateral currency swap lines (also referred to as reciprocal currency arrangements) of $2 billion with the Bank of Canada and $3 billion with the Bank of Mexico for the purpose of promoting orderly currency exchange markets. These lines were established under the North American Framework Agreement (NAFA). Mexico also has a $9 billion NAFA swap line with the U.S. Treasury, which the New York Fed manages as fiscal agent of the United States as directed by the U.S. Treasury.


Why Swap Lines Are in the U.S. National Interest (2012)
Liberty Street Economics Blog 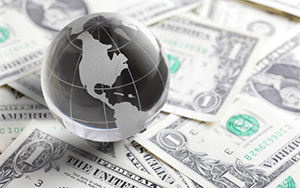 Have the Fed Swap Lines Reduced Dollar Funding Strains during the COVID-19 Outbreak?

Related New York Fed Content
Operational Readiness
Annual Report on Open Market Operations
Economic Policy Review: Policy Actions in Response to the COVID-19 Pandemic
Related External Content
Federal Reserve Board: Central Bank Liquidity Swaps
Federal Reserve Board: FAQs on U.S. Dollar and Foreign Currency Liquidity Swaps
By continuing to use our site, you agree to our Terms of Use and Privacy Statement. You can learn more about how we use cookies by reviewing our Privacy Statement.