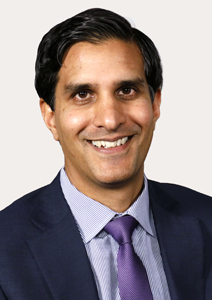 Daleep Singh is executive vice president and head of the Markets Group at the Federal Reserve Bank of New York. In this role, he oversees the group's full portfolio, including implementing monetary policy, monitoring and analyzing global financial market developments, executing lender of last resort operations, providing financial services for foreign and international monetary authorities, providing capital market-related services to the U.S. Treasury as their fiscal agent, and administering and producing several reference rates for the U.S. money markets. He plays a key role in developing and implementing the Bank’s strategic direction and priorities, and is a member of the Bank’s Executive Committee.

Prior to joining the New York Fed, Mr. Singh was senior partner and chief U.S. economist at the global investment firm SPX Capital, from 2017 to 2019. Before that, he worked at the U.S. Department of the Treasury from 2011 to 2017, serving as acting assistant secretary for Financial Markets and deputy assistant secretary for International Affairs, helping to shape the Treasury Department’s crisis response to Ukraine, Russia, Greece, and Puerto Rico. Mr. Singh also directed the Treasury Department’s Markets Room, which provided real-time and thematic analysis for senior officials.

Mr. Singh is a former adjunct senior fellow at the Center for New American Security and the Atlantic Council. He was also an adjunct professor of geoeconomics at Johns Hopkins School of Advanced International Studies.

Mr. Singh holds a bachelor's degree with Duke University in economics and public policy. He also holds a master of business administration/master of public administration from the Massachusetts Institute of Technology, and Harvard University, with a focus on international economics.