Between 2008 and 2014, to ease the stance of monetary policy, the Federal Open Market Committee (FOMC) authorized three rounds of large-scale asset purchases as well as a program to extend the average maturity of Treasury securities in the Federal Reserve's portfolio. Through late 2017, the FOMC also kept holdings of longer-term securities at sizable levels to help maintain accommodative financial conditions.
Graphic: SOMA Domestic Securities Holdings 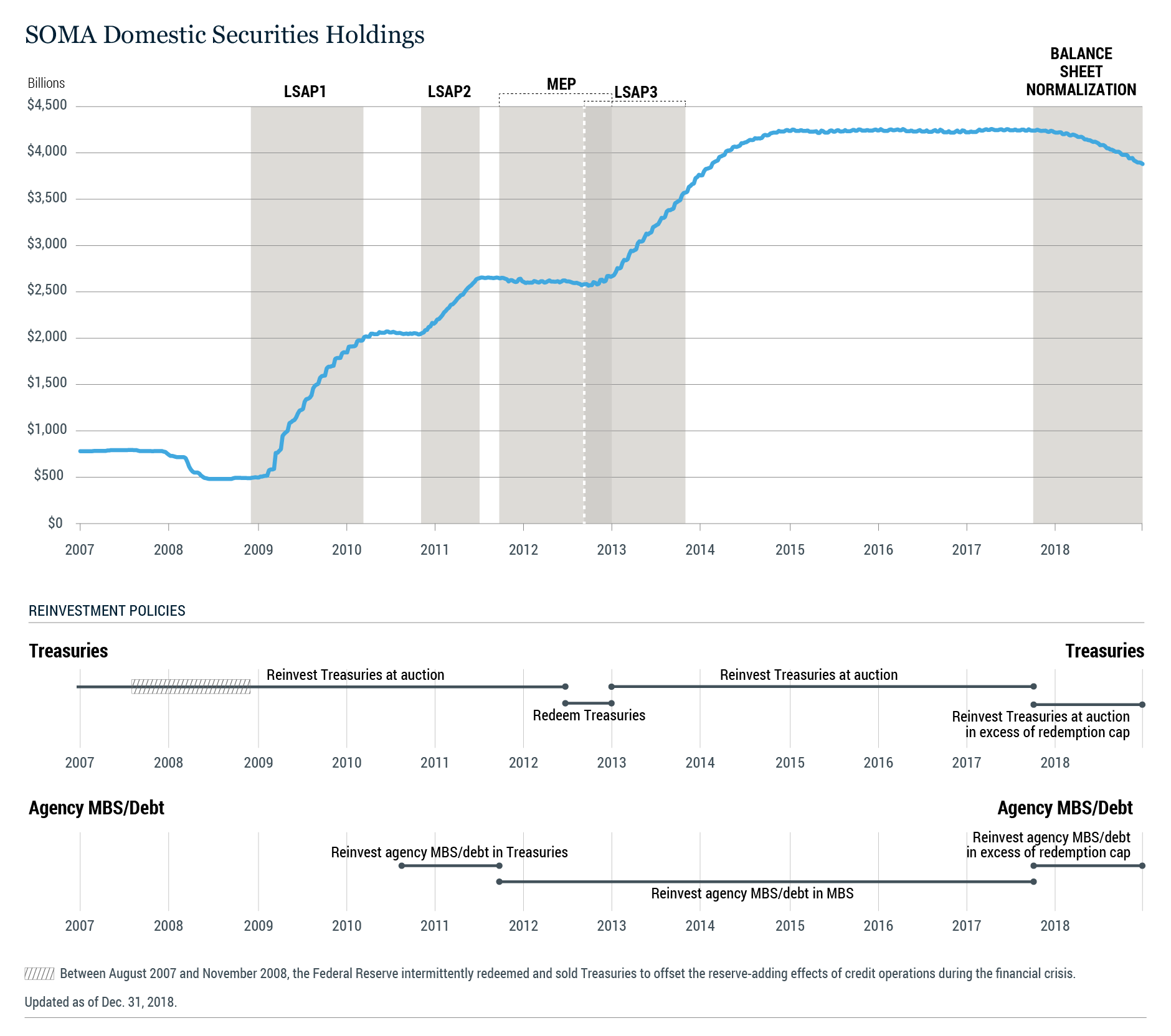 Outright purchases or sales of Treasury securities were used historically as a tool to manage the supply of bank reserves to maintain conditions consistent with the federal funds target rate set by the FOMC.

In addition, from 2010 through September 2017, the FOMC directed the Desk to reinvest principal payments received on securities held in the System Open Market Account, keeping holdings of longer-term securities at sizable levels, which helped maintain accommodative financial conditions during and after the financial crisis.

The Federal Reserve resumed Treasury rollovers at the start of the third large-scale asset purchase program, and maintained its existing Treasury and agency debt and agency MBS reinvestment practices throughout and following the conclusion of the program.
Timeline of Third Round
Balance Sheet Normalization
Starting in October 2017, the FOMC began to reduce its securities holdings to normalize the size of its balance sheet by decreasing reinvestments of principal payments from the Federal Reserve’s securities holdings.
Timeline of Balance Sheet Normalization
By continuing to use our site, you agree to our Terms of Use and Privacy Statement. You can learn more about how we use cookies by reviewing our Privacy Statement.