Living Life Near the ZLB

My wife is a professor of nursing, and she says one of the best things you can do for your children is to get them vaccinated. It’s better to deal with the short-term pain of a shot than to take the risk that they’ll contract a disease later on.

I think about monetary policy near the zero lower bound—or ZLB for short—in much the same way. It’s better to take preventative measures than to wait for disaster to unfold.

I’ve already referred to monetary policy several times. So, before I go any further, I need to give the standard Fed disclaimer that the views I express today are mine alone and do not necessarily reflect those of the Federal Open Market Committee or others in the Federal Reserve System.

Over the past quarter century, a great deal of research has gone into understanding the causes and consequences of the zero lower bound.1 The achievement of low inflation in the United States—which, all else equal, implied lower interest rates—coupled with Japan’s long period of deflation and near-zero interest rates, reignited concern about the ZLB back in the 1990s. And the experience of the global financial crisis and its aftermath—with many advanced economies facing, or in some cases, crossing the zero lower bound—has moved this from a mostly theoretical exercise to a very practical one.

Our current estimates of r-star in the United States are around half a percent. That’s actually now lower than at any time before the Great Recession.2 We’ve seen similar declines in r-star in other advanced economies, including in Japan and the euro area.

As shown in Figure 1, the weighted average of estimates of r-star for Canada, the euro area, Japan, the United Kingdom, and the United States is now also half a percent, nearly 2 percentage points below where it stood at the turn of this century.

These very low neutral rates are a result of long-term structural factors slowing growth. They’re driven by demographic changes and slow productivity growth, which are unlikely to reverse any time soon.

Low r-star implies that many central banks will be grappling with the challenges of life near the ZLB, which is why it’s so critical to consider how the ZLB alters strategies related to monetary policy.

And that’s exactly the question we looked at around 20 years ago. In a paper and subsequent FOMC briefing in January 2002, my colleague Dave Reifschneider and I evaluated the effects of the ZLB on the macro economy and examined alternative monetary policy strategies to mitigate the effects of the ZLB.3

This work highlighted a number of conclusions based on model simulations.4 In particular, monetary policy can mitigate the effects of the ZLB in several ways:

The first: don’t keep your powder dry—that is, move more quickly to add monetary stimulus than you otherwise might. When the ZLB is nowhere in view, one can afford to move slowly and take a “wait and see” approach to gain additional clarity about potentially adverse economic developments. But not when interest rates are in the vicinity of the ZLB. In that case, you want to do the opposite, and vaccinate against further ills. When you only have so much stimulus at your disposal, it pays to act quickly to lower rates at the first sign of economic distress.

This brings me to my second conclusion, which is to keep interest rates lower for longer. The expectation of lower interest rates in the future lowers yields on bonds and thereby fosters more favorable financial conditions overall. This will allow the stimulus to pick up steam, support economic growth over the medium term, and allow inflation to rise.

These first two conclusions featured in my paper with Dave Reifschneider from 2000. In that paper, these ideas were described as modifications of an otherwise standard Taylor rule for monetary policy. The “forward-looking adjustment” to the Taylor rule illustrated the idea of moving in advance of a downturn to provide timely stimulus. The “backward-looking adjustment” illustrated the idea of keeping interest rates lower for longer.

Finally, policies that promise temporarily higher inflation following ZLB episodes can help generate a faster recovery and better sustain price stability over the longer run.5 In model simulations, these “make-up” strategies can mitigate nearly all of the adverse effects of the ZLB.

One particular benefit is that such strategies can be highly effective at keeping inflation near the target on average, thereby anchoring inflation expectations at the desired level.

The Gravitational Pull of the ZLB

But why are these measures so important close to the ZLB?

The Fed has two goals: maximum employment and price stability. Our goal for prices—as I’m sure you’re aware—is two percent. The short answer is, in order to achieve our goals.

In the last decade it’s proven particularly challenging to keep inflation at our two percent goal. Japan and the euro area have faced similar challenges in terms of sustaining inflation at their goals.

One reason it’s been hard to sustain inflation at the target rate is that persistently low inflation due to policy being constrained by the ZLB can feed into inflation expectations. If inflation gets stuck too low—below the 2 percent goal—people may start to expect it to stay that way, creating a feedback loop, pushing inflation further down over the longer term.

The lower average level of inflation translates into a lower level of interest rates cuts available during a downturn, making it even harder for policymakers to achieve their goals.6

In 1980, when core PCE inflation reached a peak of 10 percent, it was hard to conceive of a world where inflation that’s too low would be the preoccupation of central banks.

But the 10 years since the Great Recession demonstrate just how much low r-star has changed the economic environment. Unprecedented monetary stimulus in advanced economies supported economic recoveries and significant declines in unemployment, with unemployment rates today near, or in many cases well below, those seen before the crisis.7 Bold monetary policy actions surely played an important role in averting far greater catastrophes and aided economic recovery.

Despite these actions and this success at bringing unemployment to low levels, inflation rates have persistently been below central banks’ goals. The fact that inflation has been running below target in most advanced countries suggests that this challenge is not due to factors specific to a single country. Instead, there are more systemic factors at play, with the root cause being a combination of low neutral interest rates and the lower bound on interest rates.

Investors are increasingly viewing these low inflation readings not as an aberration, but rather a new normal. This is evidenced by a broad-based decline in market-based measures of longer-run inflation expectations since the mid-2000s, with the UK providing the exception, as shown in Table 1.

This downward slippage of longer-run inflation expectations, if it persists, implies that in the future central banks start further from their inflation goals and have even less room to maneuver, making the problem of low r-star and the ZLB even more difficult.

The ZLB has been a topic of study for nearly two decades. But recent history and the outlook for the longer-term future, make it more relevant than ever.

Low inflation expectations, very low r-star, and slower growth all point to a challenging world where policymakers need to make the best use of the tools at their disposal to achieve their goals of strong economies and price stability.

The key lessons from this research hold today and in the future. First, take swift action when faced with adverse economic conditions. Second, keep interest rates lower for longer. And third, adapt monetary policy strategies to succeed in the context of low r-star and the ZLB.

These actions, taken together, should vaccinate the economy and protect it from the more insidious disease of too low inflation. 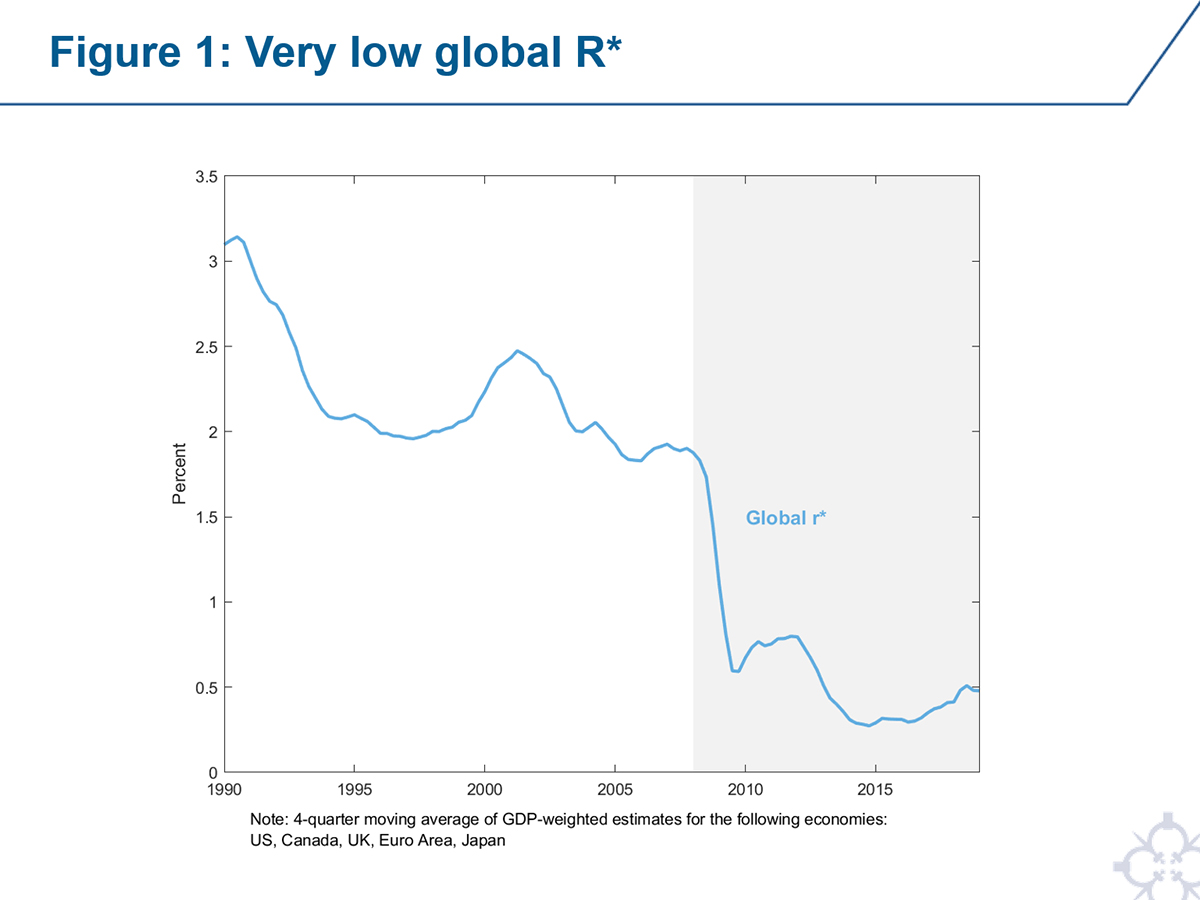 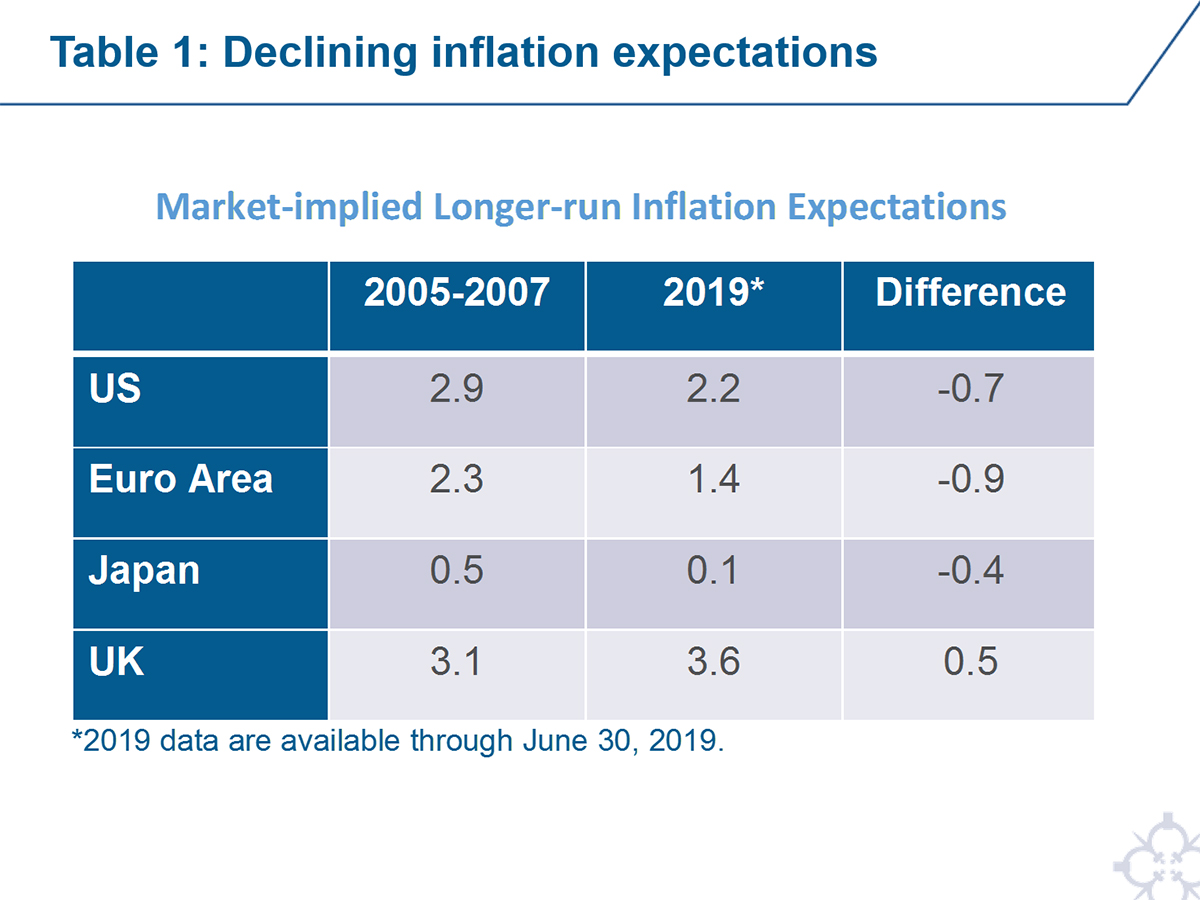 1 John C. Williams, The Research-Policy Nexus: ZLB, JMCB and FOMC, Remarks at the Conference Celebrating the 50th Anniversary of the Journal of Money, Credit and Banking, New York (May 31, 2019).

4 Board of Governors of the Federal Reserve System, FOMC Briefing. January 2002.

7 John C. Williams, When the Facts Change..., Remarks at the 9th High-Level Conference on the International Monetary System, Zürich, Switzerland (May 14, 2019).