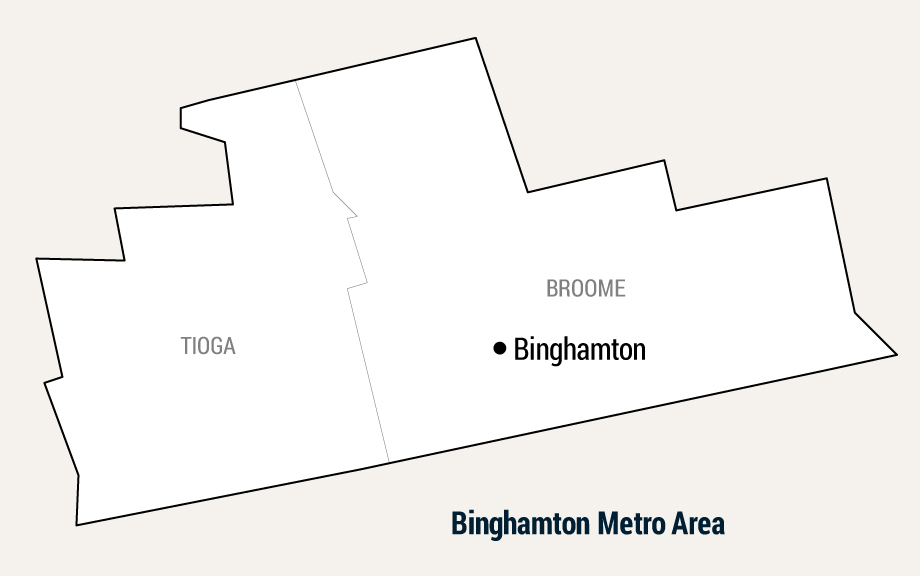 Binghamton is located in the Southern Tier region of New York State near the Pennsylvania border, and the metropolitan area is home to roughly 250,000 people. After years of decline, the Binghamton economy has only recently begun to stabilize following the Great Recession. Though manufacturing remains a key sector for the region, Binghamton has lost close to 70 percent of its manufacturing base since 1990—one of the largest declines for any metropolitan area in the nation. As manufacturing has waned and the economy has begun to restructure, the education-and-health and leisure-and-hospitality sectors have become increasingly important. Binghamton University has become the region’s economic centerpiece and has helped stabilize an otherwise struggling area.