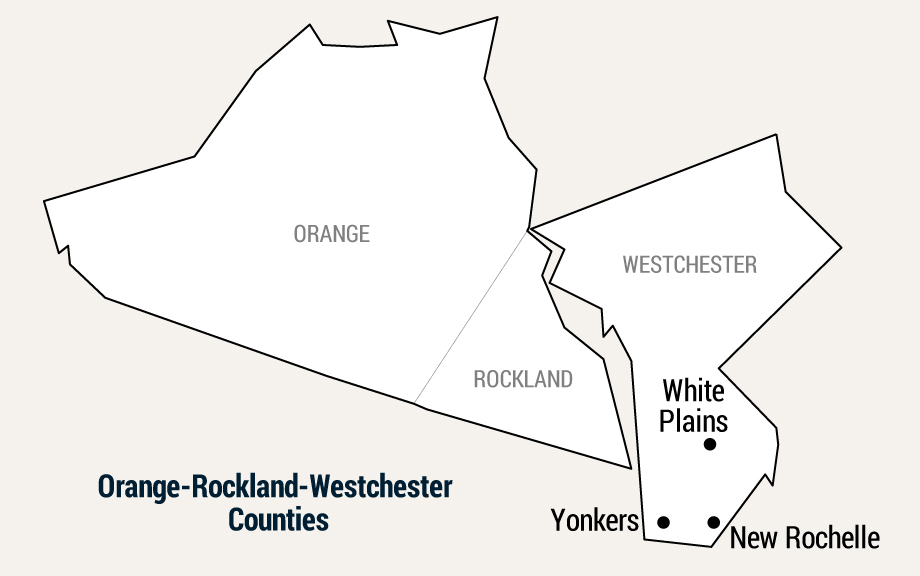 The Orange-Rockland-Westchester area is located in downstate New York in the Lower Hudson Valley and has a population of 1.7 million. Westchester County is the most densely populated of the three counties, and accounts for more than half of the population. The largest cities in the area include Yonkers, White Plains, and New Rochelle—all in Westchester County. Many residents commute from this region to New York City, though Westchester itself has become a major employment hub. Decades ago, manufacturing was a large employer, but today the share of workers in manufacturing is less than half the national share. The health and education sector had been adding jobs at a rapid clip prior to the pandemic, and, despite some job losses, it remains an important employer in the area. Leisure and hospitality had also been growing significantly and has rebounded from its pandemic lows. All three counties have above-average incomes, and educational attainment is high, particularly in Westchester County.