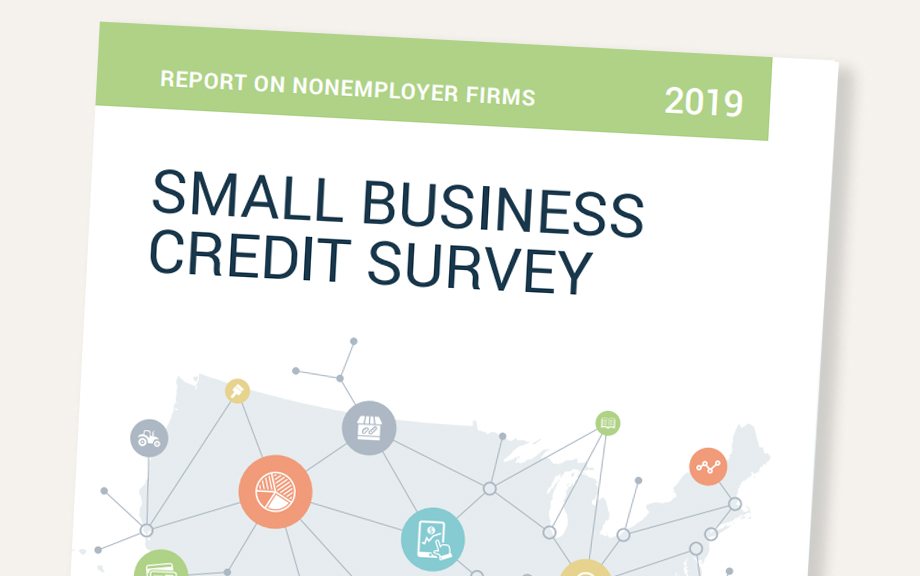 Nonemployer firms—establishments without employees on payroll—are a dynamic and growing part of the U.S. economy. While their total economic output may be small, representing three percent of business receipts, the number of nonemployer firms has grown during the last two decades and represents 81 percent of all small businesses. Nonemployer firms are sources of primary and supplemental income for 17 percent of American workers, which underscores the importance of understanding the financial characteristics of these firms and their owners.

In this report, we find that, despite being a key income source for their owners, these firms face acute profitability and financing challenges. Our key findings include:

The 2019 Report on Nonemployer Firms provides an in-depth look at the financial experiences and challenges of nonemployers. Fielded in Q3 and Q4 2018, the survey yielded 5,841 responses from nonemployer firms, businesses in the 50 states and the District of Columbia that have no full- or part-time employees. 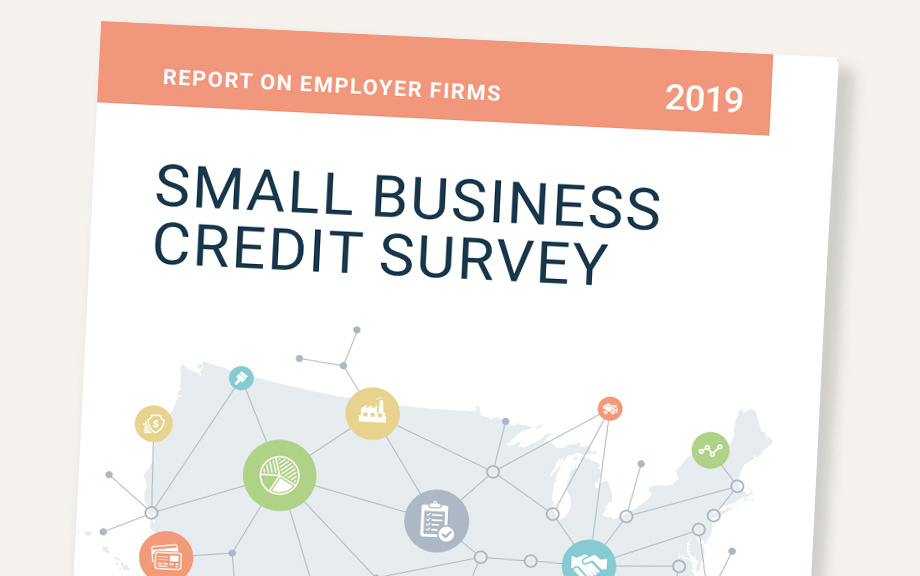 The 2019 Report on Employer Firms provides an in-depth look at the business performance and credit outcomes of small businesses with employees and, for the first time, a detailed look at firms that are adding payroll employees and firms that are facing financing gaps. Fielded in Q3 and Q4 2018, the survey yielded 6,614 responses from small employer firms with 1–499 full- or part-time employees (hereafter "firms"), in the 50 states and the District of Columbia.

Small business respondents recounted a strong end to 2018. A majority of small businesses (57%) reported that their firms had experienced revenue growth and more than one-third added employees to their payrolls. The shares of firms with growing revenues and employment represent increases from the 2017 survey; however, the percentage of firms operating at a profit remained unchanged. Looking to 2019, a strong majority of firms expect revenue growth, but the net share of firms that anticipates adding payroll jobs in the next year dipped to 38% from 43% in the prior year's survey.

On the financing front, credit demand held steady in 2018, with 43% of firms seeking external funds for their businesses. Similar to 2017, more than half of firms that sought new funding—53%—experienced a financing shortfall, meaning they obtained less funding than they sought. Applications to online lenders continued to trend upward: 32% of applicants turned to online lenders in 2018, up from 24% in 2017, and 19% in 2016. The growth occurred despite lower applicant satisfaction with online lenders compared to satisfaction levels with large and small banks. 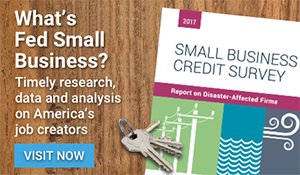 Past Small Business Credit Survey Reports
Report on Nonemployer Firms
Latino-Owned Businesses: Shining a Light on National Trends
Financing Their Future: Veteran Entrepreneurs and Capital Access
Report on Employer Firms
Report on Disaster-Affected Firms
How Do Firms Respond to Hiring Difficulties?
By continuing to use our site, you agree to our Terms of Use and Privacy Statement. You can learn more about how we use cookies by reviewing our Privacy Statement.