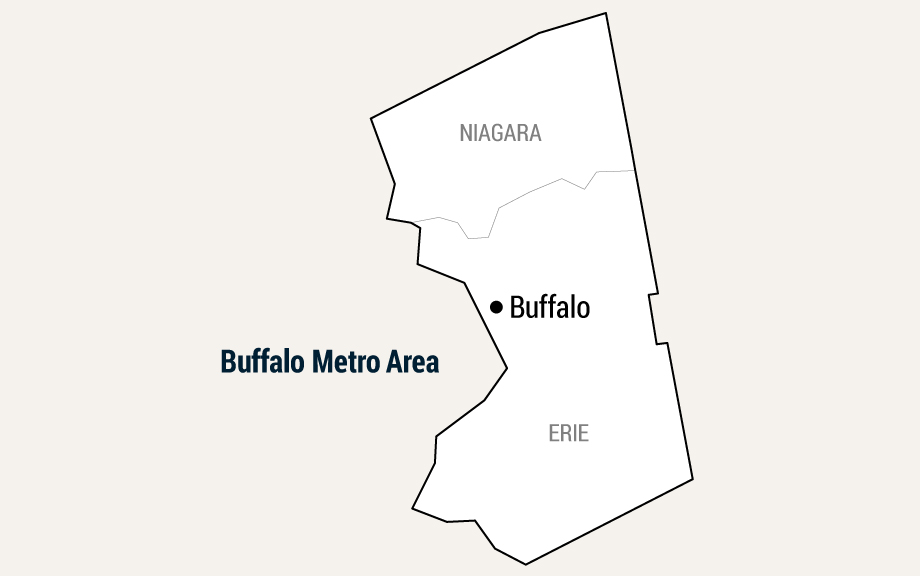 Buffalo is home to more than 1.1 million people, making it the second-largest metropolitan area in New York State. Historically, manufacturing was the driving force of Buffalo’s economy, with steel factories and auto parts suppliers having a particularly strong presence. However, as in much of upstate New York, Buffalo’s economy has undergone significant restructuring over the past few decades, with steep job losses in manufacturing offset by growth in the service sector. While manufacturing still accounts for a slightly-above-average share of employment in the region, the education and health sector—which includes the area’s many colleges and universities—has become increasingly important. Trade with Canada also plays a key role in the local economy.