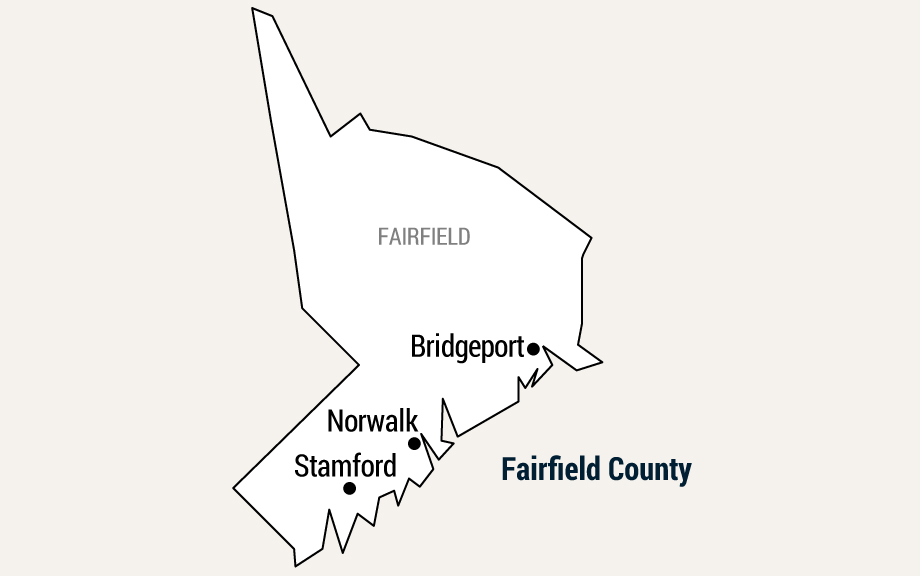 Located just outside New York City in Connecticut, Fairfield is a slowly growing county with a population of around 950,000. Bridgeport is the county’s largest city, while Stamford is the primary business hub; the county’s other major cities include Norwalk, Danbury, and Greenwich. In contrast to New York City’s employment boom, Fairfield had seen little job growth in the years leading up to the pandemic, but it has reversed all the pandemic job losses. Historically, Fairfield County has been a major hub for durable goods manufacturing; though such activity has shrunk in recent years, it remains an important sector. As in New York City, the finance sector plays an outsized role in the regional economy, though it has not grown in recent years. The education and health and leisure and hospitality sectors had been the strongest contributors to growth in the area leading up to the pandemic, and they have shown a fair degree of resilience since. The county’s educational attainment and median income rank among the highest in the nation. While Fairfield is one of the nation’s most affluent counties, it is also one of the most unequal.