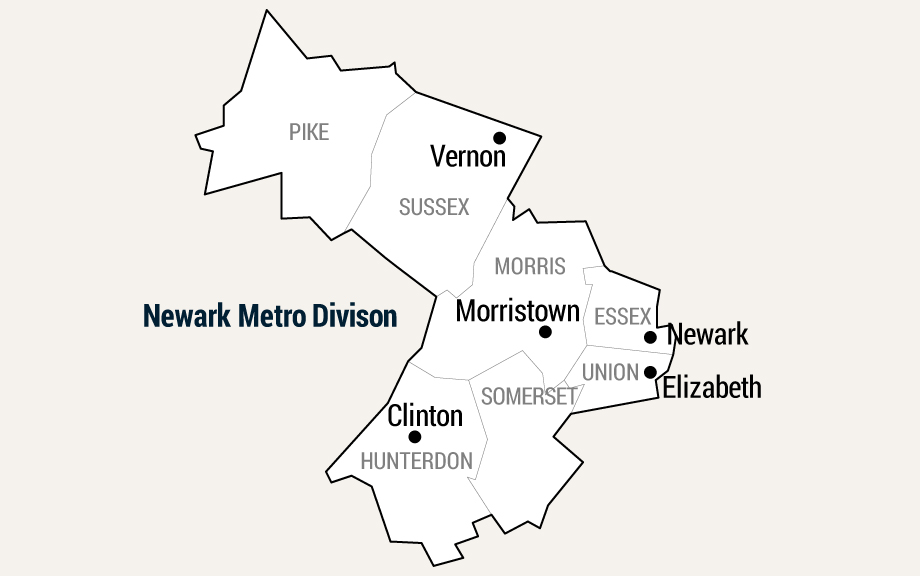 With a population of more than 2.6 million, the Newark metropolitan area covers much of northern New Jersey, including Essex, Union, Morris, Sussex, Somerset, and Hunterdon counties, as well as Pike County in Pennsylvania. As this area includes both Newark Airport and the region’s major seaports, transportation and warehousing is a key industry. Other major industries are insurance, communications, pharmaceuticals, and health care. Employment growth in this region has been quite rapid since 2015, interrupted only briefly by the pandemic. Job creation has been particularly robust in the area’s key transportation and warehousing sector. On average, the area’s population is significantly more affluent and well-educated than the nation’s, and slightly more so than New Jersey’s as a whole. Still, there are large pockets of poverty in many of this area’s cities, such as Newark, Elizabeth, East Orange, and Plainfield, and these cities have grappled with affordable housing challenges.