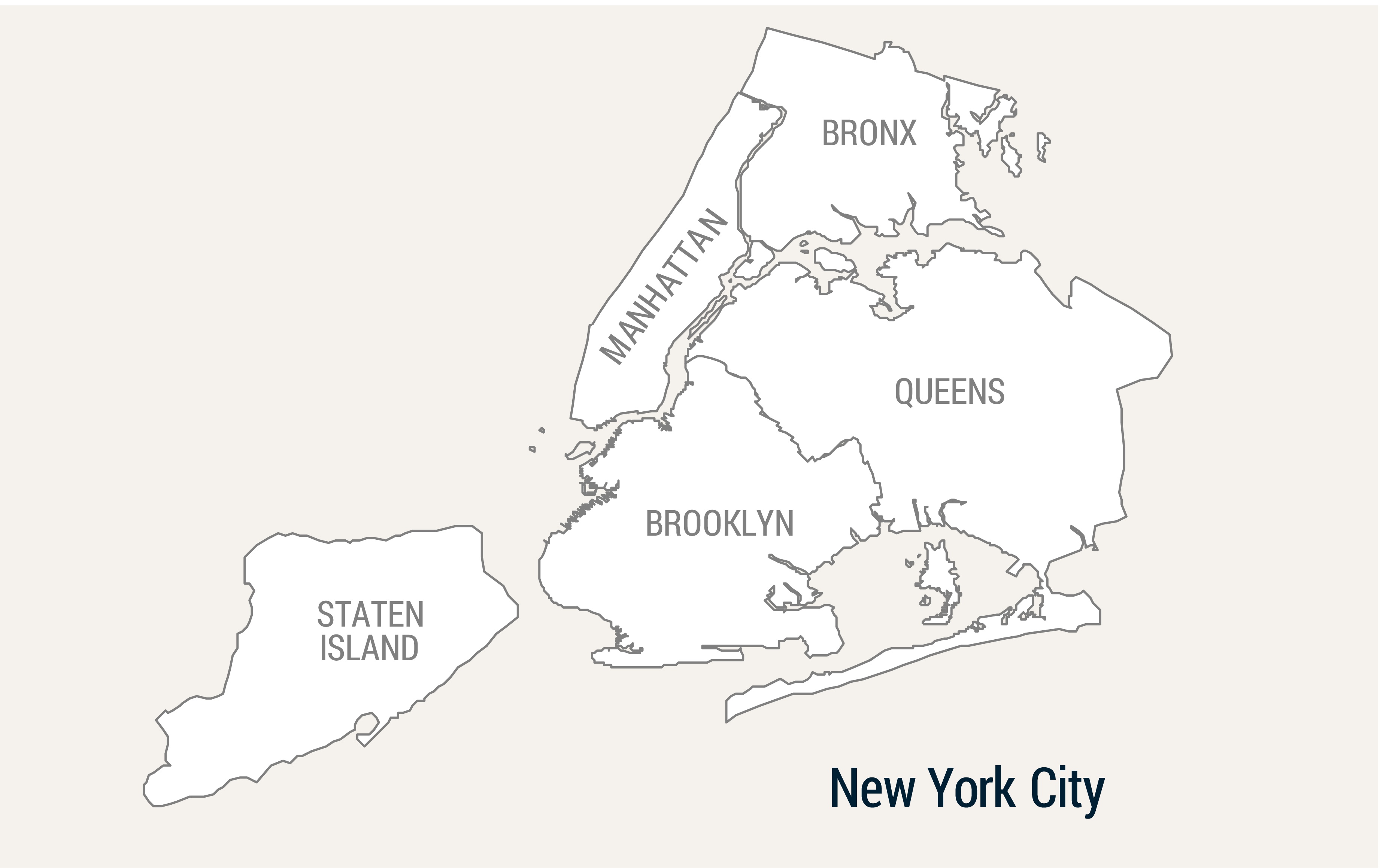 Comprising the five boroughs of Manhattan, Brooklyn, Queens, the Bronx, and Staten Island, New York City has a population of around 8.8 million that is ethnically and culturally diverse. Its economy is the largest in New York State and among the largest in the world. Nearly 70 percent of households rent their homes, many of which are rent-stabilized. Land prices and thus home prices are exceptionally high—particularly in or near prime areas of Manhattan—and housing affordability has been a long-standing problem. The COVID-19 pandemic dealt a severe blow to the City’s economy—especially in Manhattan’s central business districts. The City’s population, which had dipped early in the pandemic, has rebounded; but as of mid-2022, employment had still not recovered from its steep fall in early 2020. The office market has remained depressed but the residential real estate market has been tight. Prior to the pandemic, the City had experienced its strongest economic boom in decades, with much of this growth seen in the City’s outer boroughs. The relatively well-paying tech cluster has expanded strongly in recent years and has become an increasingly important sector, while the City’s key securities industry has diminished somewhat in relative importance. These and other trends have led to an increasingly diversified New York City economy in recent years.