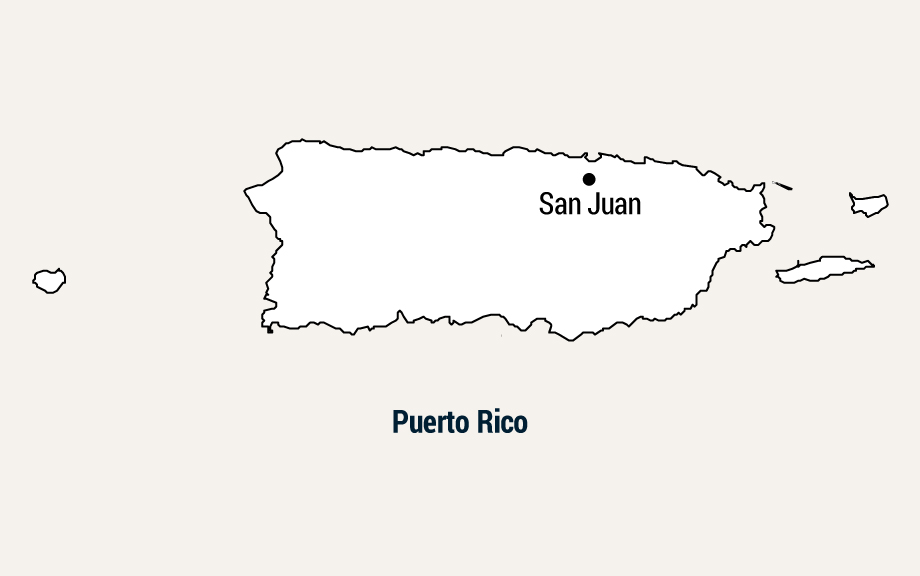 The Commonwealth of Puerto Rico has a population of almost 3.3 million. The San Juan-Caguas area is the largest of the island’s seven metropolitan areas, representing roughly 75 percent of the island’s economy. Puerto Rico had suffered from a severe and prolonged economic slump from 2006-17 with GDP, population, and employment all on a downward trend. That downturn was punctuated by Hurricane Maria in 2017, followed by the most extensive power outage in U.S. history, which caused a further, but short-lived, drop-off in the economy. Since then, the economy has been growing, interrupted only briefly by a steep drop early in the pandemic. However, the economy bounced back strongly, and as of mid-2022, private-sector employment was at a fifteen-year high. The medical manufacturing cluster remains a key part of the island’s economy, though employment in this industry is well below its peak levels of 2005. Puerto Rico’s tourism sector is still relatively small, but it has been one of the Commonwealth’s strongest job creators in recent years. In addition, a fledgling aerospace industry has emerged around Aguadilla and Arecibo. Wages in Puerto Rico tend to be about half the level of the mainland, and income inequality is considerably higher. However, educational attainment is only modestly lower than on the mainland. The island has made great progress in resolving and rebounding from its extensive fiscal crisis.

Data retrieved through data.census.gov, Moody's Economy.com, or directly from source.