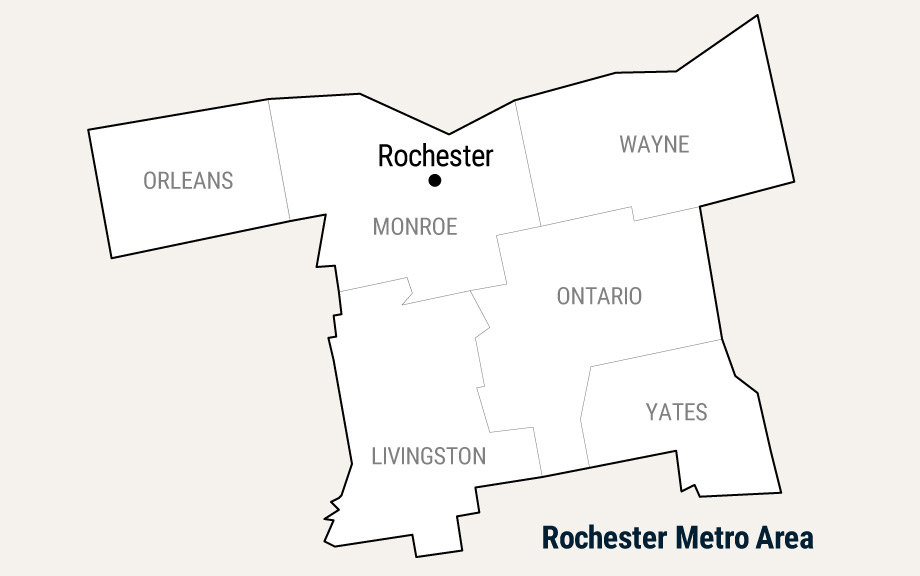 With a population of more than one million people, Rochester is the third-largest metropolitan area in New York State. Rochester’s economy was historically centered around large manufacturing companies such as Eastman Kodak, Bausch & Lomb, and Xerox, but the number of manufacturing jobs in the region has shrunk considerably since the 1980s. As a result, the Rochester area has seen little growth in both population and employment in recent decades. In place of manufacturing, health care and higher education have become the most significant industries in the area, with the University of Rochester now the region’s largest employer. Rochester is well known for its world-class optics, imaging, and photonics cluster, which includes a number of small to medium-sized companies often working in partnership with local higher education institutions.