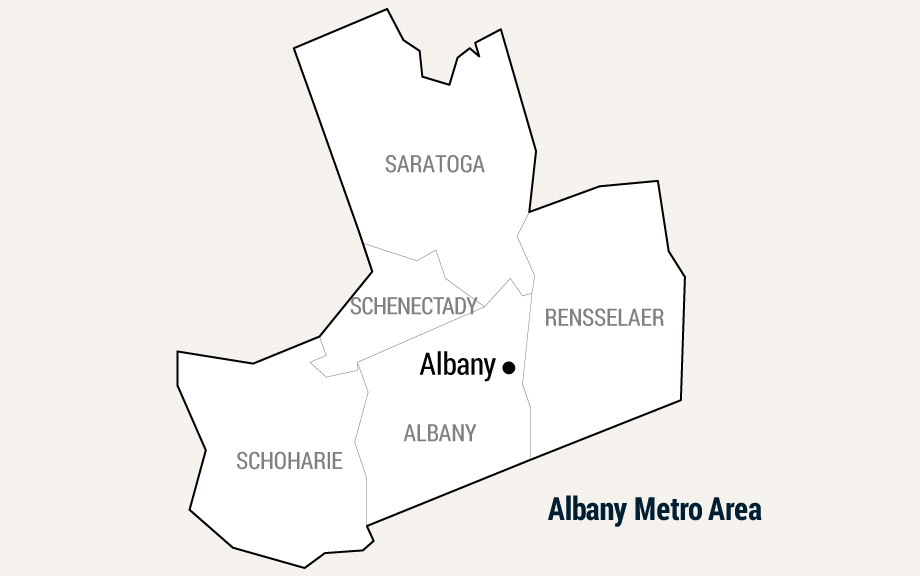 Albany serves as the capital of New York State, and the metropolitan area is home to roughly 900,000 people. It is among the most well-educated, affluent, and fastest-growing areas in upstate New York, buoyed, in part, by the presence of state government, which has helped attract skilled workers and insulate the regional economy during economic downturns. Albany has also partnered with local academic institutions and New York State to successfully develop a high-tech cluster, largely focused on nanotechnology microchip circuits, making up part of the greater “Tech Valley” region along the Hudson River.