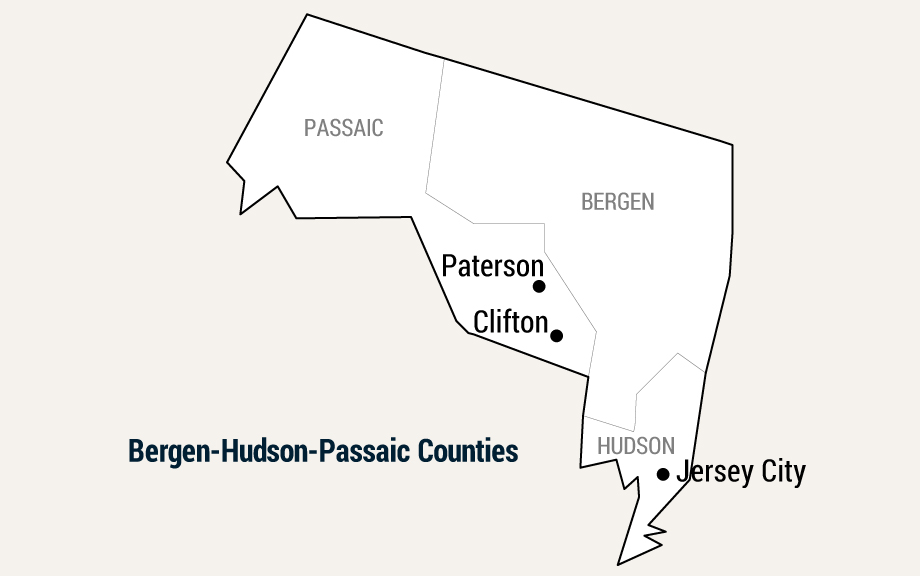 Located in the northeastern corner of New Jersey, the Bergen-Hudson-Passaic area has a population of about 2.2 million. Its major cities include Jersey City, Paterson, Clifton, Union City, Bayonne, Hoboken, and Fort Lee—most of which saw even faster population growth than the broader area. Jersey City is sometimes referred to as New York City’s sixth borough, given its proximity and connection by the PATH rapid-transit system, tunnel, and ferry to the City. The area has strong economic links to New York City, with a sizable share of its working population commuting there. Financial services employment, which is particularly important to the Hudson County economy, has grown rapidly since 2015; it fell sharply early in the pandemic but has since rebounded strongly, reaching new record highs. Another key industry cluster in this area includes business services, such as data processing and printing. Bergen County has remarkably high incomes and educational attainment. Hudson County is also well above average on both measures, though there are pockets of poverty in some of its cities. In contrast, income and education are relatively low in Passaic County, which includes the high poverty cities of Paterson and Passaic. Housing affordability is a major challenge in all these counties as median home values are high relative to income.