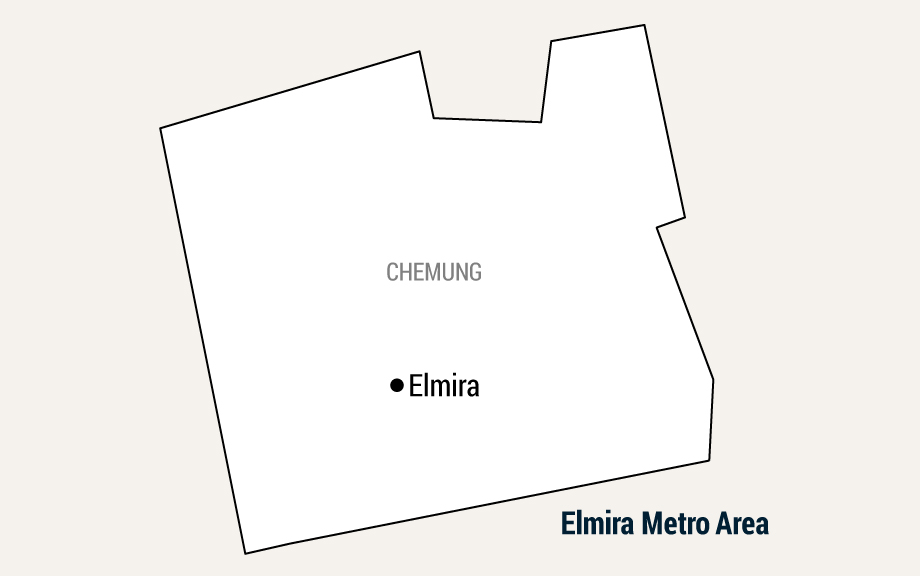 Elmira is located in the Southern Tier region of New York State near the Pennsylvania border, and the metropolitan area is home to about 85,000 people. As in other parts of upstate New York that are dependent on manufacturing, Elmira’s economy has been struggling for decades. The area has lost 10 percent of its population and employment since 1990, and its manufacturing base has been cut in half since then. While many places in upstate New York have suffered from manufacturing job losses, growth in the education and health sector has helped to ameliorate those losses. In Elmira, by contrast, the education and health sector has seen little growth. Likewise, growth in Elmira’s professional-and-business and leisure-and-hospitality sectors—which have also helped other areas fill the void of lost manufacturing jobs—has been lackluster.