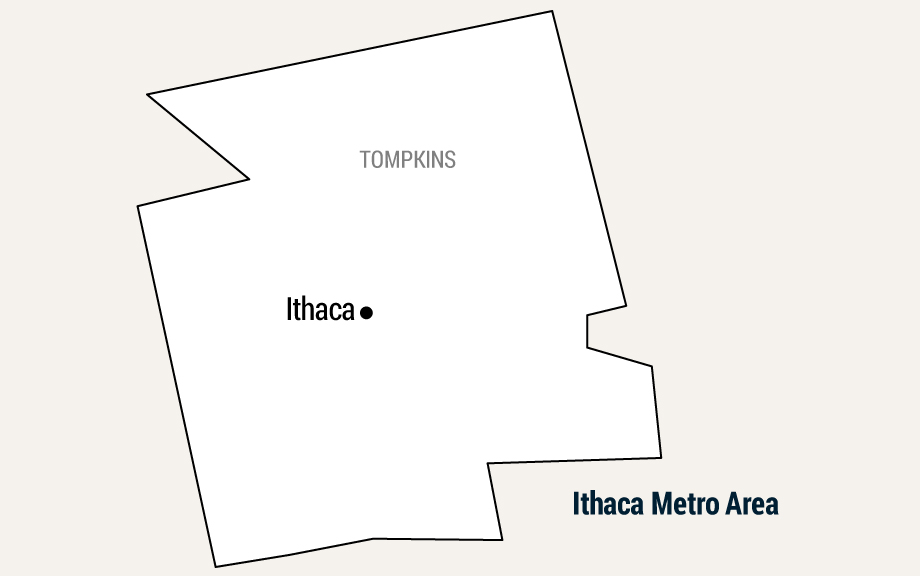 With a population just over 100,000, Ithaca is one of the smaller metropolitan areas in New York State. Located in the southern part of the state, Ithaca is home to both Cornell University and Ithaca College, and education has long been the dominant industry in the area economy. As a college town, Ithaca has a fairly young and well-educated population, and that characteristic, combined with the presence of the area’s higher education institutions, has attracted innovative companies to the region. While both employment and population have generally grown at a faster pace than in most other parts of upstate New York, Ithaca is also among the most unequal places in the state.