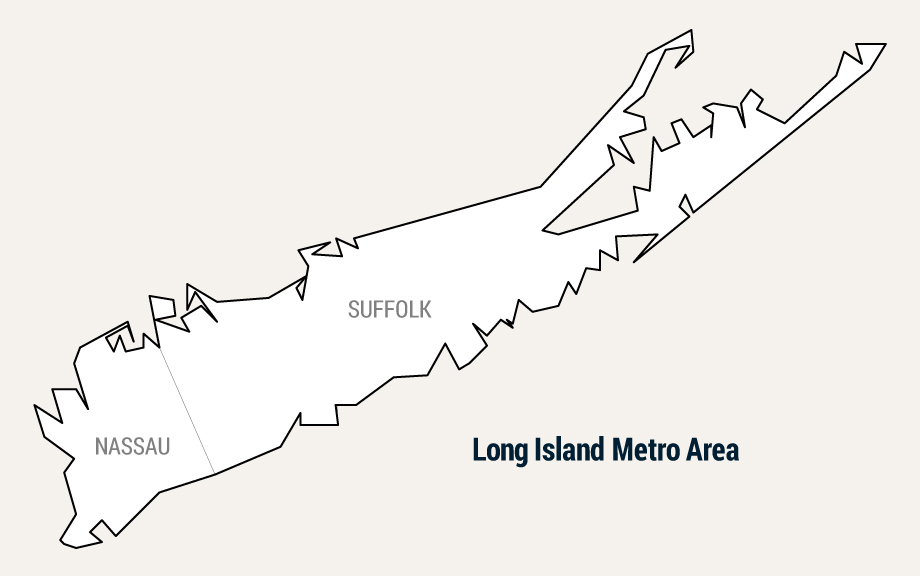 Long Island, which encompasses Nassau and Suffolk Counties, is home to nearly 2.9 million people. Long Island's economy is closely linked with New York City's, with many residents commuting to the City for work. However, since the Great Recession, employment has not grown as rapidly on Long Island as it has in New York City, though it has grown at a comparable rate to the nation. The strongest sector has been health and education. The leisure-and-hospitality and construction sectors have also performed well. Some communities on Long Island were hit hard by foreclosures during the Great Recession, and the backlog of foreclosures on Long Island is still more than double the national rate and is the highest in the Federal Reserve’s Second District. Long Island’s workforce is fairly affluent and particularly well-educated, with around 40 percent of adults holding a college degree.