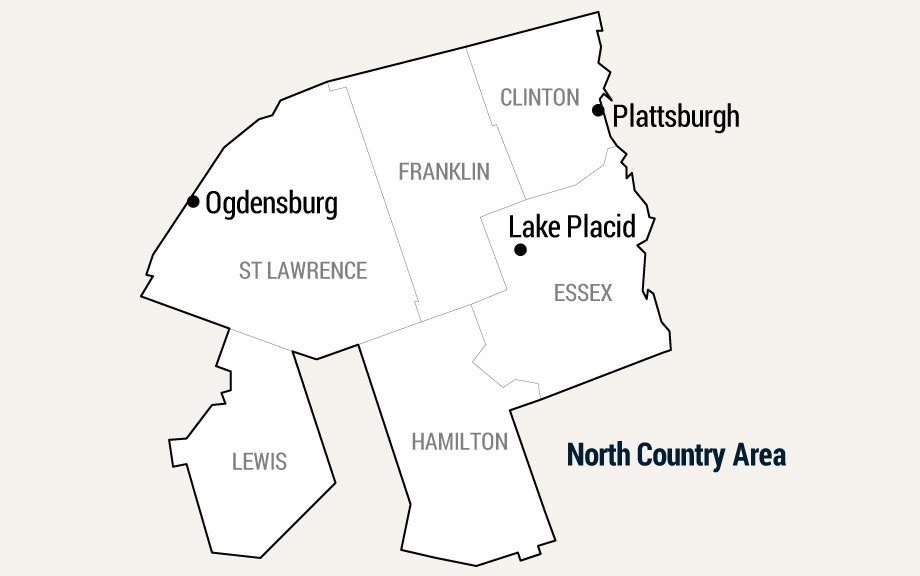 The North Country is a large, mostly rural region of New York State near the Canadian border that is sparsely populated and peppered with small towns and cities, such as Lake Placid and Plattsburgh. With more than 300,000 residents, the area encompasses a substantial swath of New York’s land area, and includes the Adirondack Park forest preserve. Like the rest of upstate New York, the North Country has seen little population or job growth in recent decades, in part because of steep declines in the region’s manufacturing sector. The area includes several higher education institutions, which serve as key employers in the region. Other important local job sectors include health care, retail, tourism, agriculture, manufacturing, and timber.