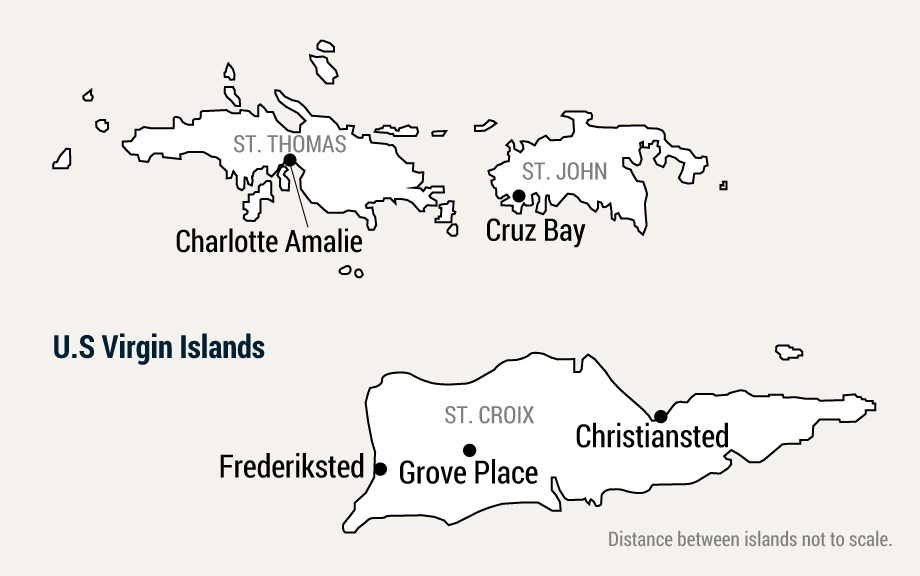 Situated just east of Puerto Rico, the U.S. Virgin Islands are a U.S. territory that includes the islands of St. Thomas, St. Croix, and St. John. Its population fell by a striking 18 percent over the last decade to 87,000 in 2021—the lowest level since the 1970s. Its economy has been weakened by a series of blows—the closure in 2012 of the Hovensa oil refinery, a major employer; Hurricanes Irma and Maria in 2017, which caused extensive damage and disruptions; and the pandemic in 2020, which devastated its key tourism industry, which is highly dependent on cruise ship visits. Like Puerto Rico, the U.S. Virgin Islands have been under fiscal stress, but unlike its neighbor to the west, this territory has not resolved the issue. While the U.S. Virgin Islands have not defaulted on debt payments, public debt is high and market access for borrowing is limited.

Data retrieved through data.census.gov, Moody's Economy.com, or directly from source.