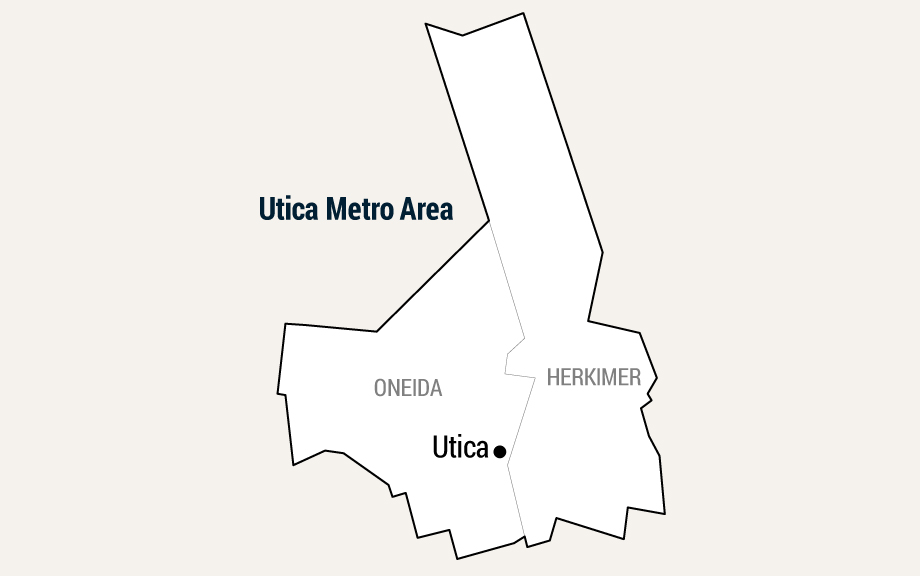 Located between Syracuse and Albany in the Mohawk Valley, the Utica-Rome metropolitan area has a population of around 300,000. The area’s economy has struggled in recent decades, with population declining 10 percent since 1970 and employment levels growing little since the 1990s. Historically, manufacturing accounted for a relatively large share of the local economy, with a particularly high concentration of both primary and fabricated metals production. Manufacturing employment has declined by more than half over the past few decades, though jobs in the health and education sector have offset some of these losses. Leisure and hospitality is also an important industry, with a local casino serving as a major employer in the area.